The Hunt for the Accurate Point of Fracture

Sondre Bergo loves equations. That passion helps him closer to the goal of predicting the exact moment when fractures occur in ductile metals.

Materials that crack, fail and cause structures to collapse are every engineer’s big nightmare. An essential part of engineering applications is to make reliable predictions and assessments to prevent such failure.
PhD candidate  Sondre Bergo aims to improve the accuracy, and thus the reliability of these applications. His PhD work at SFI CASA reveals some of the underlying physical phenomena that lead to undesired material failure. It is all about determining more accurately when a fracture in ductile metallic alloys occurs and how they subsequently develop. 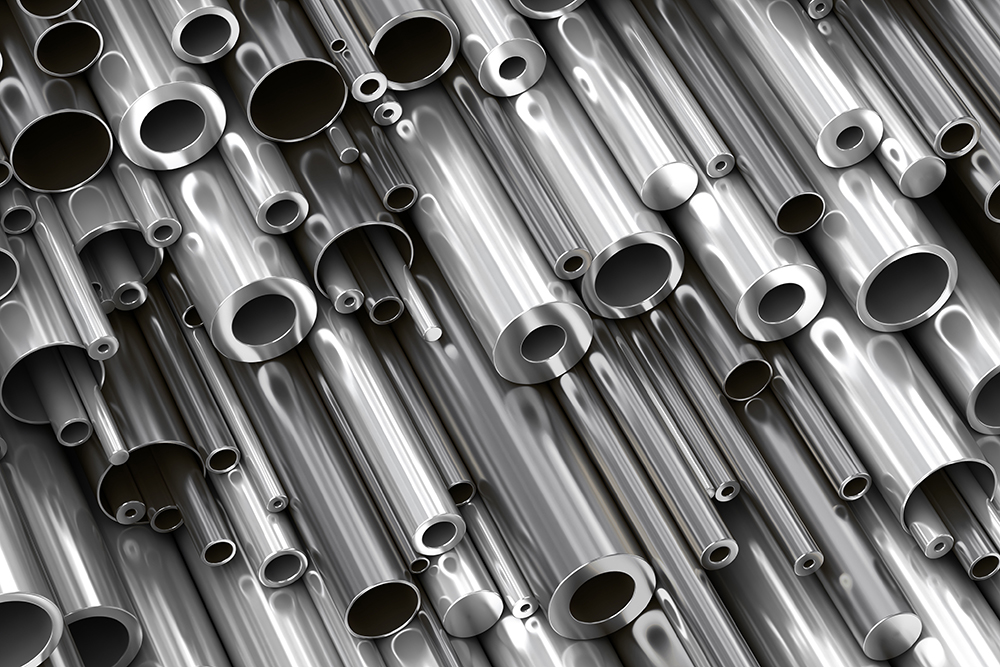 His work is focused on theory and numerical methods used in the data simulations. As a fresh PhD candidate, he declared to his supervisors that he would enjoy spending most of his time solving mathematical problems instead of performing experiments. Professor Odd Sture Hopperstad and Associate professor David Morin at SFI CASA had no objections.
«The overall goal of my work is a more efficient and accurate design of structures that are designed to be able to plastically, i.e., permanently, deform. Everyone has their strength and weaknesses. I think my strength lies in solving numerical problems», Bergo says.
The whiteboard in his office is filled with rows of voluminous equations. To most of us, it looks like an impenetrable mass of letters, numbers and symbols giving zero meaning. But the intricate formulas have a bit of magic in them. They are the basis of the numerical models used to reduce the scope of physical tests. Thus, they contribute to save time and money for the industry, reduce waste, a better environment, and better protective solutions that benefits us all.

His PhD thesis is titled «Micromechanical modelling of fracture in ductile alloys with applications to high-strength steel». A lovely fact is that the assumptions of fracture are valid for other alloys too, as long as they have a predominantly ductile response before a fracture occurs.
Ductility is a mechanical property that enables alloys to be permanently deformed or pressed into another shape without immediately breaking. A sandwich wrapped in aluminium foil is a brilliant example of taking advantage of this property. The foil shaped around the food achieved the extremely deformed shape without breaking.

Ductility is highly essential when it comes to protection and safety consideration in structural projects.
According to Bergo, structural engineering assessments have traditionally chosen a conservative design approach. The home ground for the industry has been the elastic domain, where materials go back to their original form after being subjected to deformations. Just think of how a bridge constructed for heavily loaded trucks are designed to hardly deform at all. Or how tall buildings sway like trees in heavy winds but return to their original undeformed state as soon as the wind stops. Since fractures and failures are seldom meant to occur, the industry has been less concerned with calculating fracture criteria or performing simulations in the plastic domain.

«However, some, like the defence- and the automotive-industry could surely benefit from more accurate simulations on materials that deform permanently. In fact, there are situations where such deformations should not be ruled out», Bergo says.
That is because the ductile deformation serves as protection. Examples might be incidents in offshore and marine activities, car-crashes, or attacks on military or civil structures. In the event of a crash, a blast or any other sudden extreme load, the ductility allows the structures to deform to some extent without rupturing. 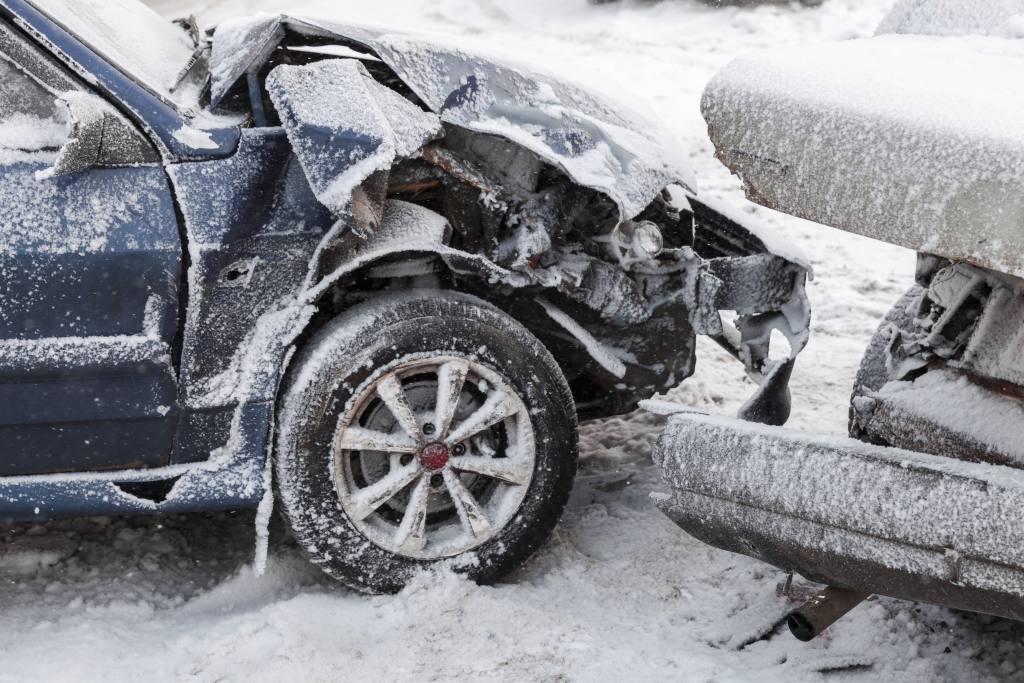 The aluminium crash box that lies behind the bumper beams in your car is there to protect you. Bergo explains how the box absorbs the kinetic energy from the speeding vehicle by deforming during an impact and reduces the g-forces experienced by the car and its passengers. While elastic deformations return the energy as the structure regains its original geometry; ductile deformations absorb the energy as the original geometry is never restored.
«This way, extreme loading can be stopped early on by letting specific components deform and thus take the majority of the impact. In fact, the first cars were hazardous as they were much stiffer and to a much larger extent bounced back from whatever object they hit».

HUNTING THE EXACT POINT OF FRACTURE

Today, some industries perform quite expensive – and extensive- testing to determine the material’s properties and behaviour under various loads.
«Predictive and reliable numerical models are essential to reduce the scope of tests. Instead of crashing hundreds of full-sized Lambhorginis into a wall to see what happens, it is possible to deform small specimens with size in the millimetre range. By recording the material’s behaviour, the test results can rather be used to simulate – and thus replace, most of the full-scale experiments», Bergo explains.

Several industries realise this and require increasingly accurate models for ductile failure. More precise predictions pave the way for more efficient design and optimisation processes. Out of this comes less experimental testing, less use of unnecessary materials, in addition to time and money saved.
«As the numerical models improve, some of the expensive experiments may even become redundant», according to the PhD candidate.

FROM CRACK-INITIATION TO FULLY RUPTURE

The research fellow at CASA has performed a substantial number of simulations during these 4 years, each one taking from minutes to days. Bergo says that the most unique part of his work would be what is called a non-local framework.
«We were able to obtain converged results all the way from crack-initiation to fully ruptured steel specimen, independent of the mesh size used in the simulations. This is actually quite difficult to obtain when using coupled damage models, which has many benefits, such as taking into account the stress path (i.e. loading history)».

The problem is that as the simulation grows in size, it becomes slow. So currently it is mostly for academic purposes. Still, perhaps in 10 years, all such coupled damage simulations are performed with some sort of mesh-independent framework, as the computational power keep improving».

HELP TOWARDS THE DIGITAL SHIFT

When asked of “the higher purpose” of his research and the potential benefits to society, he states:
«The future is most likely digital, which I think is true for engineers as well. Most of the design processes and validations will probably be performed numerically, that is, with simulations. It is simply so much faster in almost all cases, easier and less expensive. 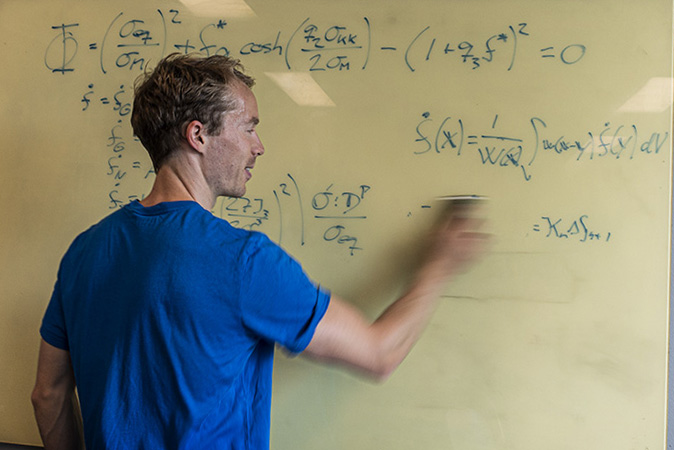 All contributions to make simulations more accurate would help this undergoing shift towards the digital».
Sondre Bergo defends his doctoral thesis on 19 October 2020. He hopes that his work is useful for everyone focused on ductile fracture.
«As Isaac Newton said: «If I have seen further it is by standing on the shoulders of Giants». I hope I am contributing to the scientific community by exploring three fascinating concepts/frameworks within the micro-structural domain. By producing research in new directions not previously performed, further work can start from a level of more understanding and is thus always moving forward. I am certainly no giant in the field of micromechanical modelling, but I hope I have contributed ever so slightly».

*Credit illustration photos of the steel pipes, the bridge and the car crash above: iStockphoto.