«It is only by crashing things that we understand what happens»

SFI CASA´s PhD candidate Rannveig Færgestad talks about the challenges in space in a new podcast from the Technological Weekly. 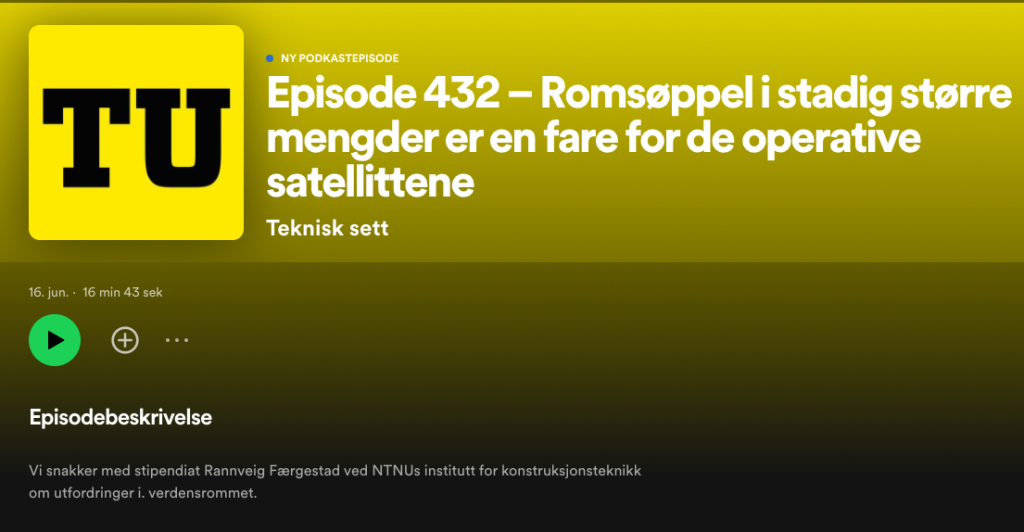 UNDERSTANDING WHAT HAPPENS DURING CRASH

In other words, this is Rannveig Færgestad´s home ground. She started her doctoral journey at SFI CASA in the autumn of 2021. In the coming years, she will work on accurate and reliable modelling of debris exposure by hypervelocity. Hopefully, these models will contribute to ensuring safety and sustainability in space.
«It is only by crashing things that we understand what happens when they crash»,  says Rannveig Færgestad in the podcast. The PhD candidate is one of several researchers from NTNU interviewed in the podcast series from the magazine.

«EVEN THE INTERNATIONAL SPACE STATION CAN GET IN TROUBLE»

Here is a small excerpt from the introduction to the program: 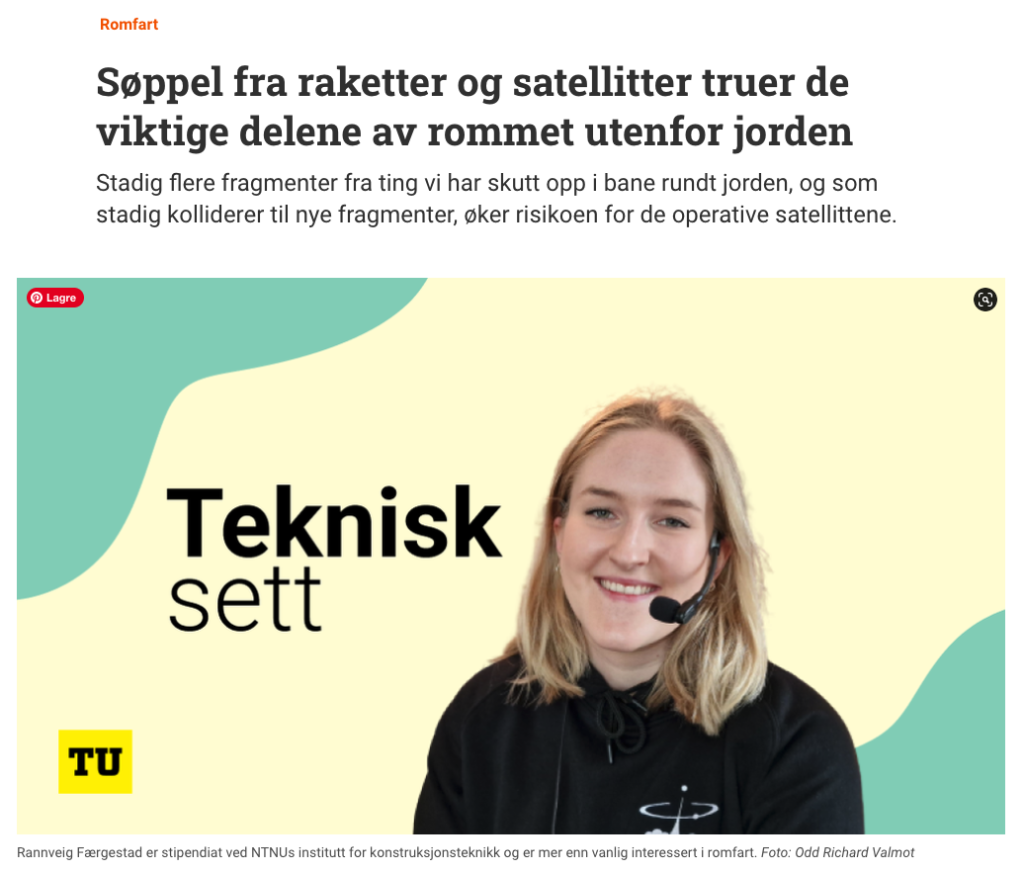 «The space debris travels around the earth at speeds that, on average, are seven kilometres per second – seven times faster than a rifle bullet. Such fragments pass through most satellites. Even the International Space Station can get in trouble, even if equipped with advanced armour against such impact».

The podcast named «Technically» is in Norwegian and available on Spotify
and Apple podcasts.

Technological Weekly was first published in 1854 and is the oldest polytechnicalmagazine in the world. With a circulation of 164 000 and over 350 000 readers the now monthlymagazine is the biggest in the world in per capita terms.