From Glass Research to Consultancy at Multiconsult

Karoline Osnes is one of the CASA researchers who has recently changed jobs. She now works at CASA’s partner Multiconsult. Fortunately, the collaboration with the Centre continues, as she has been appointed Associate Professor II. 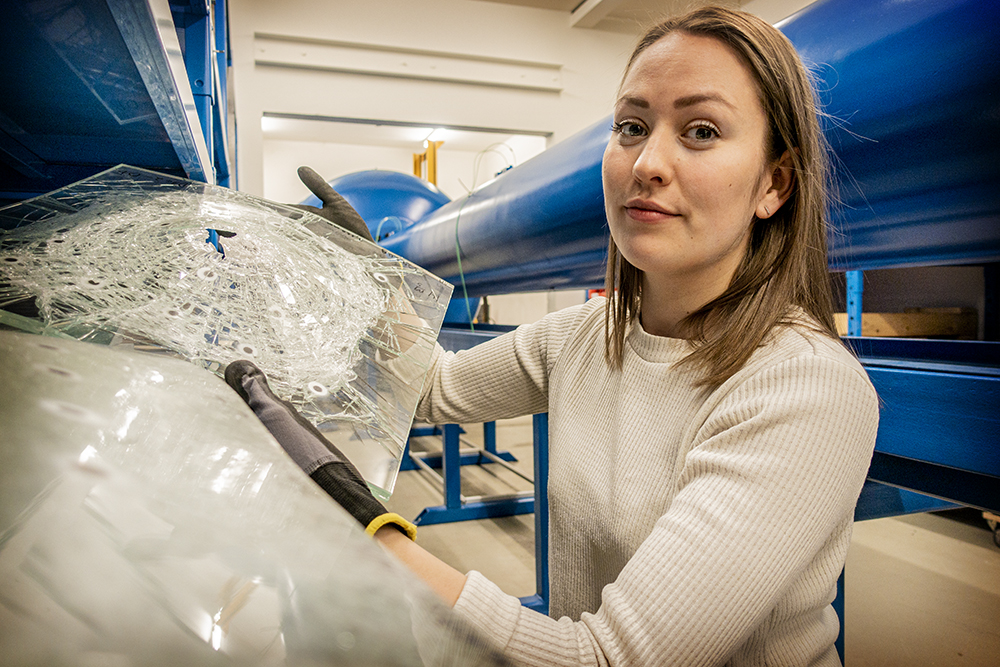 Osnes is now working as a Structural Engineer at Multiconsult´s main office in Skøyen, Oslo. Her tasks mainly revolve around using Finite element simulations to do structural calculations. In some situations, such calculations might be necessary to assess the problem at hand more accurately.

FROM RESEARCHER TO ADVISOR

As a PhD student, Karoline Osnes performed pioneer work on glass. She knows more than most of us about how this attractive yet unpredictable material behaves under extreme impact. She has worked as a Post-doctoral fellow in CASA since she defended her thesis in November 2019.

«As an Associate Professor II, I have the opportunity to continue to follow and contribute to the research on glass in CASA. I can also guide users of models that I developed during my PhD and Postdoc, and hopefully also work to improve these models», she states.
In her new position, she will take a less active part in the glass research than before and work more as an advisor. Also, she will give lectures in Impact Mechanics on glass modelling.

CONTINUATION OF THE GLASS ACTIVITY

As PhD candidate Jonas Rudshaug’s (photo right) work is so closely related with her own field, they will continue to share knowledge throughout the end of his PhD in 2023. During her PostDoc, Karoline Osnes worked on a couple of collaboration projects with SFI CASA’s industrial partners, mainly BMW. Now, Postdoc Andria Antoniou will take over some of these responsibilities.
«I will, however, continue to follow the activities together with Andria, Jonas, and Professor Tore Børvik. Jonas will of course, continue the glass research during the last part of his PhD. He also has a collaboration project with BMW. This spring, a new master student will work on testing and modelling the windshields of cars. These windshields are provided by BMW».

READ MORE: Aims to Model the Violent and Unpredictable Behaviour of Glass

MORE PEOPLE ON THE MOVE 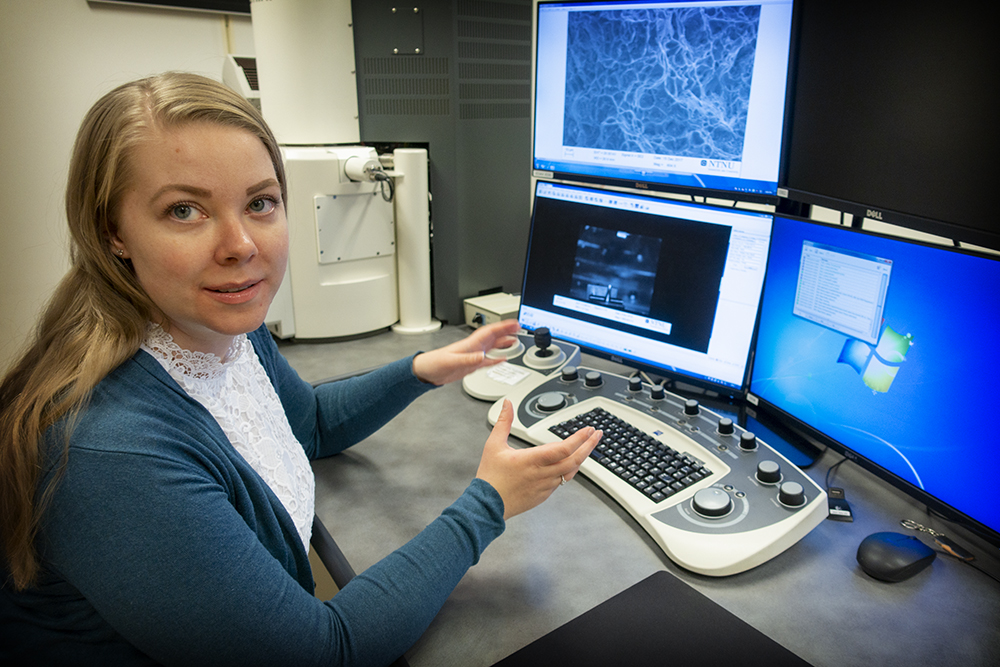 However, Karoline Osnes is not the only Postdoc changing job these days. Susanne Thomesen has started to work as a Ballistic Engineer at NFM Technology AS. The firm is a part of the NFM Group, a leading supplier of soldier related equipment and protection across Europe.
From 1. February, Bjørn Håkon Frodal works as a Senior Structural Engineer at 7waves, a Norwegian engineering company specializing in naval architecture and marine engineering.
So, some people leave, but some return as well. Former Post-doctor and Researcher at SIMLab and FractAl, Mikhail Khadyko, is appointed as new Associate professor II at SFI CASA. Khadyko, an expert in modelling the behaviour of materials, is an Associate professor at UiT the Arctic University of Norway in Narvik.

TO CREATE VS. TO APPLY NEW KNOWLEDGE

When asked how the transition from academia to consultancy has been for her this far, Karoline Osnes reminds us that she is a newcomer at Multiconsult.
«But of course, there are some significant differences. In academia, you have the chance, and it is often the goal too, to really dive into a narrow topic. Your task is to figure out as much as possible about that topic – and generate new knowledge. In the industry, you do not have much time for that. More often, you will apply already developed knowledge. Also, you do not delve that deep into the details, and the approach is often more conservative. And, of course, you work on projects with shorter deadlines.