Cracking the Codes of Crazing  

Sometimes, polymer layers develop microvoids that can cause leakage. The underlying mechanism resembles crazing and is a mystery to the industry. Now, the phenomenon is under investigation in the project STIP (2020-2023) led by the company Enodo AS, a spinoff from SFI CASA.

STIP is an abbreviation for «Structural integrity of PVDF pressure liners.» And PVDF? Short for «polyvinylidene difluoride». This thermoplastic feature good thermal stability and high chemical and pressure resistance. These properties have made it a widely used engineering polymer, for instance, in pressure barriers in the oil and gas industry. Yet, PVDF is one of the polymers struggling with crazing that can lead to cracking and, eventually, leaking.

TOWARDS A NEW METHODOLOGY

STIP involves some big energy industry players: Baker Hughes and Equinor. The overall effort is to develop a new methodology. It will enable engineers to predict if PVDF pressure barriers in flexible pipes (illustration by Baker Hughes) are leakproof under installation and operation.

«The industry neither wants nor understands this kind of crazing. We aim to understand why the polymer behaves this way and how to prevent this unwanted behavior», says Jonas Hund.
He works with microstructural modeling of polymers and holds a postdoctoral position financed by the project. His main task is identifying the driving causes of craze formation and propagation.

INVESTIGATING WHY, HOW, AND IF

A craze is a network of microvoids. When stretching the PVDF, the voids form in a plane perpendicular to the stretch direction. In the case of pressure liners, it is not fully understood why the voids form and their effects. Also, how the craze interacts with various external conditions and the mechanisms that make it evolve into a crack is relatively unchartered.

One essential tool for Jonas Hund is Scanning Electron Microscopy (SEM). We meet him in the SEM lab as he prepares some tiny polymer samples for scanning. A part of the preparation is sputtering a layer of gold on the specimen’s surface. The metal prevents any electrostatic charging of the PVDF samples. Also, it enables high-resolution microstructure images. Dr. Hund reveals great enthusiasm for working with the SEM. It allows him to see details at the sub-micrometer level, less than 0.001 millimeters:

Despite the widespread use of PVDF, there is little experimental data on the material available. The project has worked systematically to design, perform, and assess mechanical tests to provide data and identify the cause of crazing. Essential parameters that varied in the experiments were the temperature, the strain rate, and the loading. Advanced numerical models help to understand what happens in real-life situations. Partially funded by the Research Council of Norway, STIP is named an Innovation Project for the Industrial Sector. Research and development are essential, which is why it also involves CASA’s polymer experts Professor Arild Holm Clausen, and post-doctor Sindre Nordmark Olufsen.

Jonas Hund’s SEM images have captured the deformation, improving their understanding of the polymer’s behavior. In July 2022, Hund and his fellow researchers from SFI CASA, Equinor, and Enodo published a paper in the international journal Polymer Testing. The published results constitute a firm base for the exciting next steps in STIP.

«The SEM only allows us to see still photos. Now, we are getting closer to the moment where we can put the data into a micromechanical model. When we move to the stage of simulations, we can see the movements and, hopefully, how the microstructure develops. These essential bits tell us what goes on there, » Jonas Hund explains.
The key questions are: Which conditions favor voids to nucleate localized in a band rather than spreading around? Why do the voided bands tend to grow extensively under certain conditions?
«It would be super cool if we could see this», Jonas Hund says. 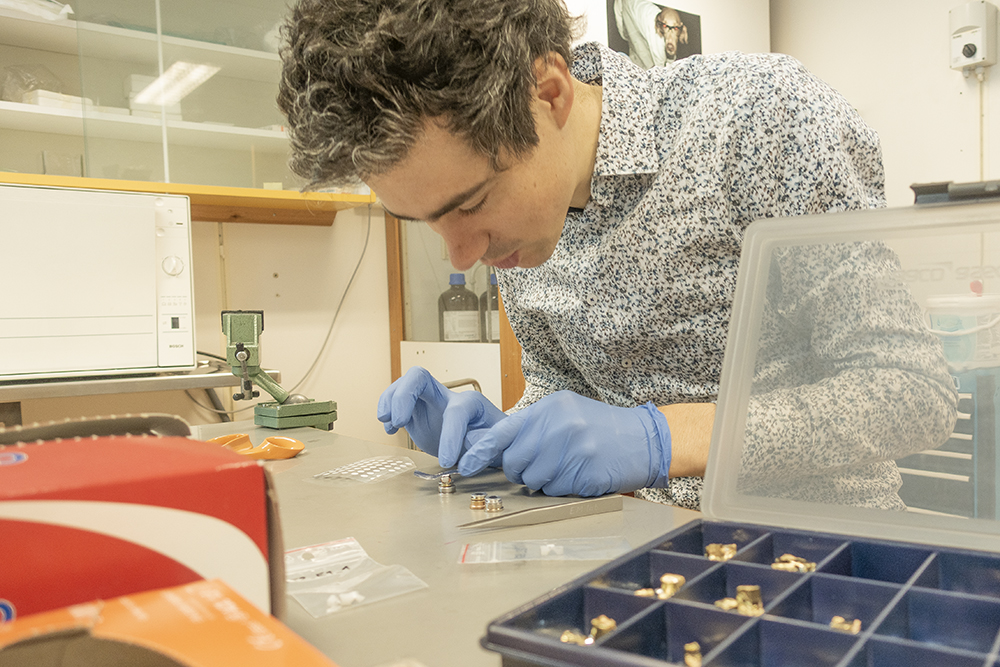 Jonas Hund earned his PhD at Karlsruhe Institute of Technology in 2021.
«Polymers are relatively new materials, with yet a lot to uncover. The novelty makes it interesting, exciting, and sometimes frustrating, ” he says. «When looking at a polymer sample from a distance, you’ll probably see one neat bulk of the material. On the inside, however, no polymer is like the other. All behave differently due to various molecular structures and components. The exciting stuff lies in the interior. Understanding polymers is tricky. They are challenging to model, too. Just ask anyone who tries to do so». 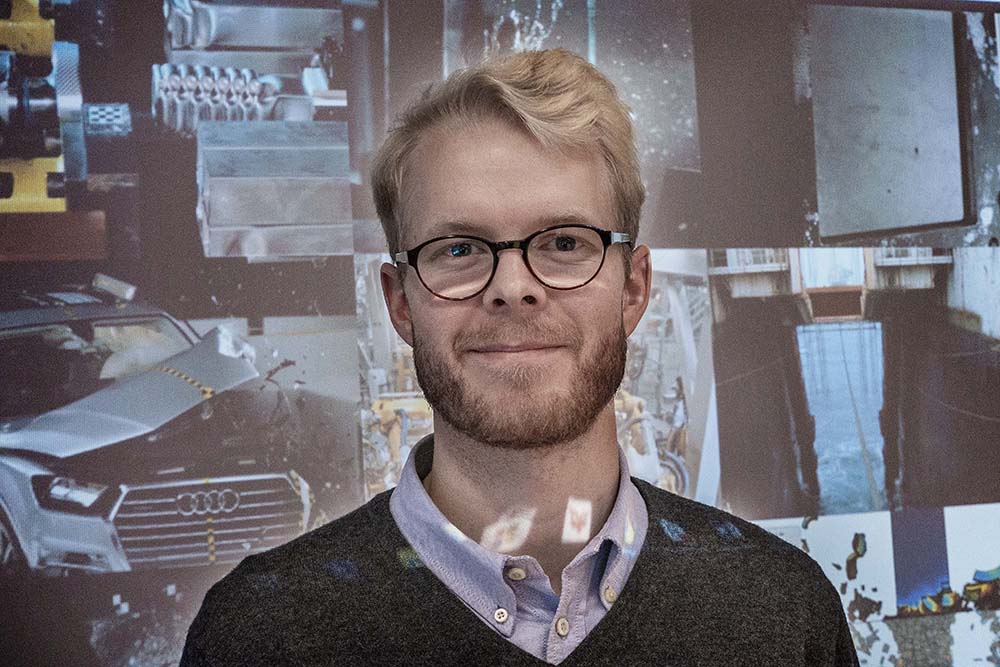 STIP is a 3 -year project that winds up in 2023. According to project manager Jens Kristian Holmen, the methodology in the making may bring several benefits. Such as material savings and reduced risk of oil spillage on the continental shelf. Plus, minimizing the computational time while simultaneously describing the polymer’s behavior with high accuracy. The latter will reduce costs for energy companies as well.
«The methods and procedures can also enable reliable assessments of in-service pipes. Which, in turn, can remove the need for replacement and thus reduce the break-even cost of a project», Holmen says.
He earned his PhD at SFI CASA in 2016. Now, he is CEO of Enodo AS. Holmen is convinced that the resulting methodology will be an asset for all the partners in the project. He adds that the knowledge gained can also be transferred to other sectors. Examples are offshore wind and transportation of CO2 linked to Carbon capture and storage (CCS).

Enodo AS was established as a spinoff company from CASA in October 2018. The founders are Jens Kristian Holmen and Joakim Johnsen. Today, the company also employs Senior Engineers Dr. Henrik Møgster Granum and Dr. Johan Kolstø Sønstabø. All of them have earned their doctoral degrees at SFI CASA and the Centre´s host, the SIMLab research group.