Some people have been busy blowing up composites for aircraft structures in the SIMLab Shock Tube Facility lately. Their urge to destroy may make your future flights safer.

Composites are among the most important materials in designing and manufacturing aeronautical structures. In fact, more than 50 per cent of modern aircrafts consist of these lightweight and high-temperature resistant materials.

PhD candidate Ramón del Cuvillo Mezquita has spent the two last months testing and modelling composites under extreme loads in the SSTF.
«Despite their high stiffness and high strength-to-weight ratio, these materials are quite vulnerable to impact loading. In this conext, the impact loads could be anything from bird strikes to hail, tyre rubber or metal fragments. Therefore, damage tolerance is a critical safety issue for the design of primary aircraft structures», del Cuvillo explains.
He is well underway in his PhD studies at the University Carlos III de Madrid, Spain. One of his main goals is to analyse how aeronautical composite laminates behave under extreme impact. His efforts include reproducing the behaviour numerically and converting it into a computer model. 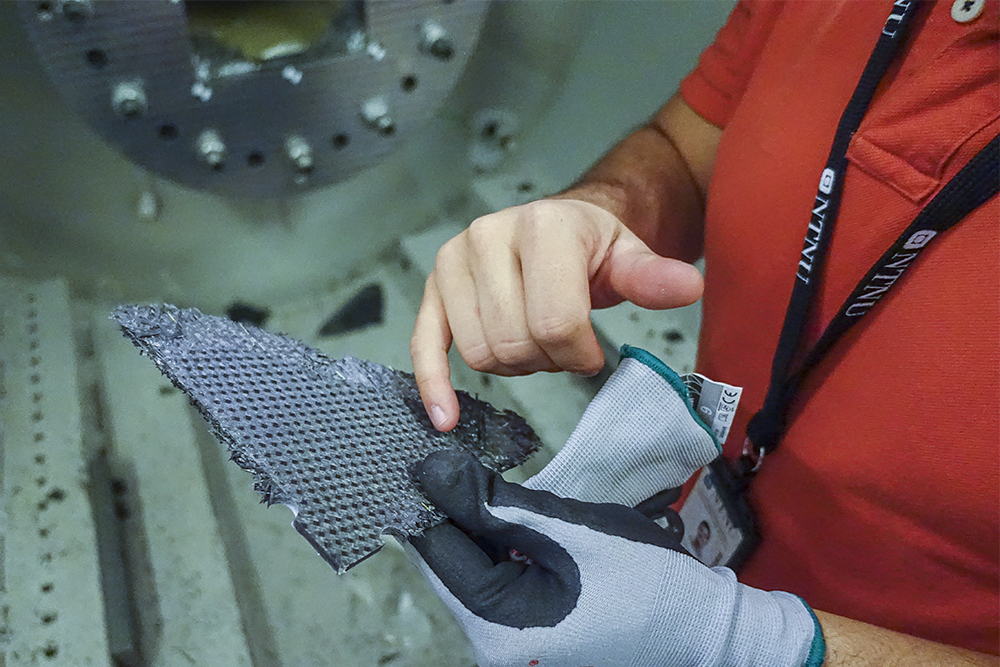 These have distinct, dissimilar chemical and physical properties that they retain within the composite. The formability and other valuable properties make composites a favourite among aerospace engineers. For example, the material can be laid in layers where the fibres in each layer point in different directions. Thus, engineers can design structures with unique properties, such as parts that bend in one direction but not another.

IN CLOSE COLLABORATION WITH AIRBUS

Ramón del Cuvillo Mezquita is part of the  Lightweight Structure Dynamics Group of the University Carlos III de Madrid. His PhD work is part of a large European project called Graphene Flagship, where aeronautic structures are getting doped with graphene particles. The group collaborate closely with the multinational aerospace corporation Airbus and a consortium of other aircraft manufacturers. During his PhD studies in Madrid, he has performed several different tests to characterise the composite material at low and high strain rates. Among these were artificial bird strikes and hail impact tests.
He explains that when these tests were finished, he searched for the opportunity to subject the composites to other dynamic loadings. As researchers in this field have a pretty good overview, both of each other and the different test facilities, the road to Trondheim was short.

LAMINATES IN THE LUGGAGE

When he landed in Norway early in October, Mezquita brought 16 carbon fibre reinforced epoxy (CFRP) laminates. This material is used in the Leading Edge Horizontal Tail Plane (LE-HTP) of the Airbus A 350. These parts are, of course, very exposed to impact.
As for now, there are no standard assessments for such sudden, extreme impact that can be reproduced at the laboratory with high confidence and repeatability, according to Del Cuvillo. He aims to verify a trustworthy numerical simulation representing the performed tests. Meanwhile, he will use the Finite Element Method to reproduce the material´s behaviour.
The tests are recorded with high-speed cameras. They use the Image Correlation technique to obtain a 3D mapping of displacements and strains of the laminate.
«This research will allow us to get a better understanding of what happens during dynamic events. So, yeah, honestly, I have achieved absolutely everything I hoped for», the PhD candidate says.

«I GOT ABSOLUTELY EVERYTHING I HOPED FOR»

He had neither seen a blast load nor performed tests in a shock tube before entering the SSTF. After 2 months of the research stay, he praises the people at SIMLab and SFI CASA for their help and supervision: Associate professors Vegard Aune and Miguel Costas, Professor Tore Børvik and Senior engineer Trond Auestad.

READ MORE: Into the Physics of Extreme Blast-structure Interaction
READ ALSO: About Blasting Steel Plates and Why Material Properties Matter

«Beforehand, we did not quite know what to expect or what to obtain in the SSTF. For now, we have tested 15 plates, which have given us a lot of information. We have enough to model the response and write our papers for now. All of us are very happy», says Del Cuvillo.

A MILESTONE FOR THE SHOCK TUBE 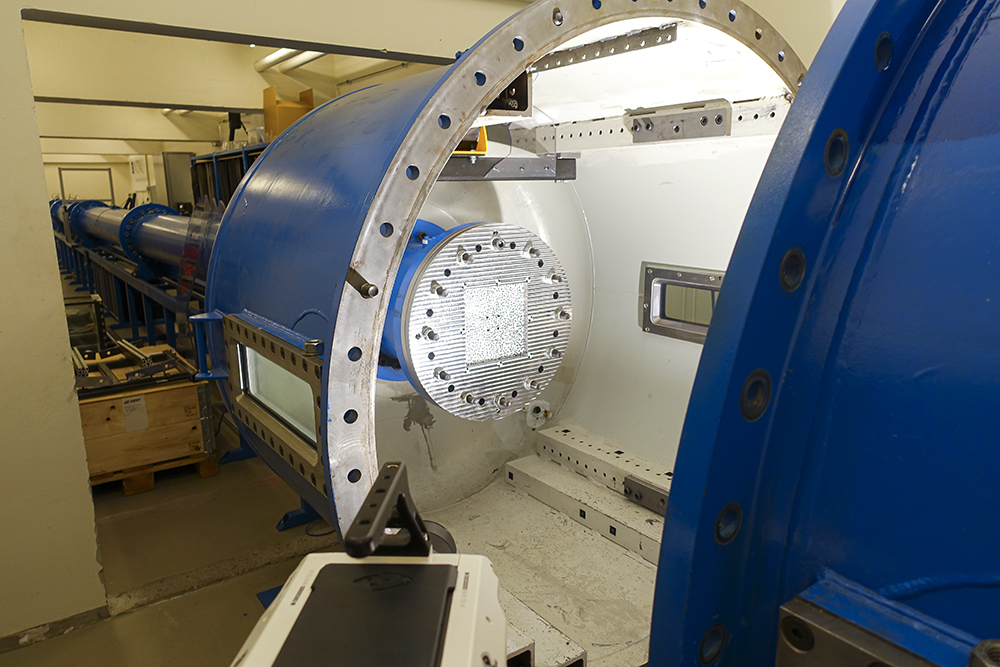 The tests also turned out to be a milestone for more than the Spanish researcher. Vegard Aune comments:
«It is great that the SIMLab Shock Tube Facility attracts interest from scholars outside of Norway. It is built to be used for exactly the purpose of Ramon’s tests, namely small-scale blast testing of flexible structures in controlled, laboratory environments. This turned out to be a really nice test campaign, being a new milestone for the SSTF because it was the first time we tested composites».
Before heading home to Madrid for Christmas, Del Cuvillo collected the remains of the torn plates and brought them securely back to Madrid. The PhD candidate returns to SIMLab in January, as he still has one month left of his research stay. Obviously, the visit has been fruitful. Ramon del Cuvillo Mezquita expects it to generate at least two publications in journals with a high impact factor. He is supposed to hand in his thesis before June 2022.