What happens inside a material before it breaks and fails? How do deformations and cracks occur, and how do they propagate?

Some people’s urge to study almost unimaginable details can both save lives and improve the quality of life for the rest of us. Henrik Granum is one of these. He works with microstructure-based modelling of ductile fracture in aluminium alloys. With his doctoral dissertation, he adds another building block in what will be a virtual laboratory able to simulate and predict such fracture.

SAVING TIME, MONEY AND THE ENVIRONMENT

For the record: ductility is a measure of a material’s ability to undergo significant deformations such as bending or stretching before fracturing and failure. Granum is a research fellow at FractAl, a top research project in parallel with CASA. The group’s ultimate goal is to develop new tools, or as they call it, «a multiscale modelling framework for ductile fracture in aluminium alloys». The framework will allow industrial designers and engineers to reduce the number of experiments needed to simulate ductile fracture. Also, it can speed up the design processes significantly. More trustworthy numerical simulations mean a vast potential for industries to save time and costs, as well as the environment.

Aluminium is a remarkable material, used for almost anything from drinking cans and food foils to window frames, cars and aeroplanes. In recent years, global demand is being fuelled by the automotive industry. 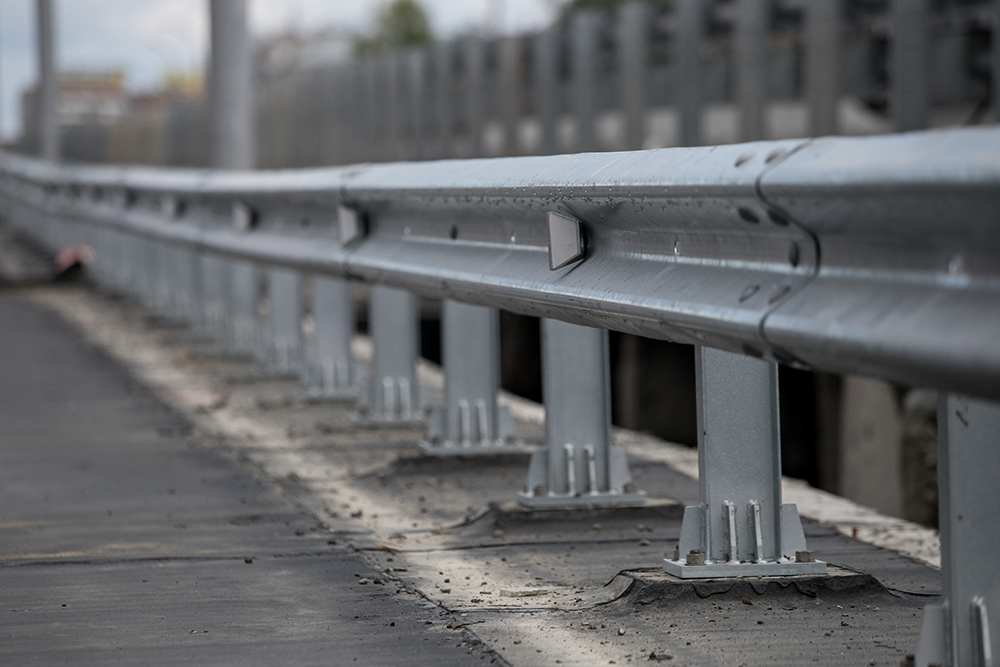 Aluminium is used extensively to reduce weight without sacrificing crashworthiness. This is particularly important for electric vehicles where the battery pack need sufficient protection against impact.
In the design of aluminium structures against failure, the material’s strength and ductility are essential properties. Just think about protective structures such as the bumpers of your car, the crash barriers along the roads or any other load-bearing structures.
To design lightweight structures, it is often necessary to use high strength aluminium alloys where the material is utilised to the brink of failure. However, increased strength often comes at the expense of the ductility. Which again, may enhance the risk of structural failure.
Therefore, to simulate aluminium structures subjected to different load situations, it is vital to have good models describing the alloys’ properties.

THE JOY OF EXPERIMENTS

Henrik Granum is the second out of a total of five PhD candidates to defend their theses in FractAl. The project is led by Professor Odd Sture Hopperstad, and the activities are closely intertwined with the research in SFI CASA.

READ MORE: Susanne Thomesen: The Provider of Inside Information

Granum’s PhD is formed by an extensive base of experiments. He has been crashing aluminium profiles and subjected aluminium plates to blast loads. All to validate and refine the modelling framework under construction.
«Among the things I have done, the experiments have been enjoyable to conduct. Regardless of the type, it is always a thrill to investigate if a crack has initiated and propagated. The experiments often throw in a surprise, and then the exciting part begins, where I try to simulate the material’s behaviour. This is more or less how most of my studies have been», the PhD candidate says.

ON THE SHELVES OF FAME 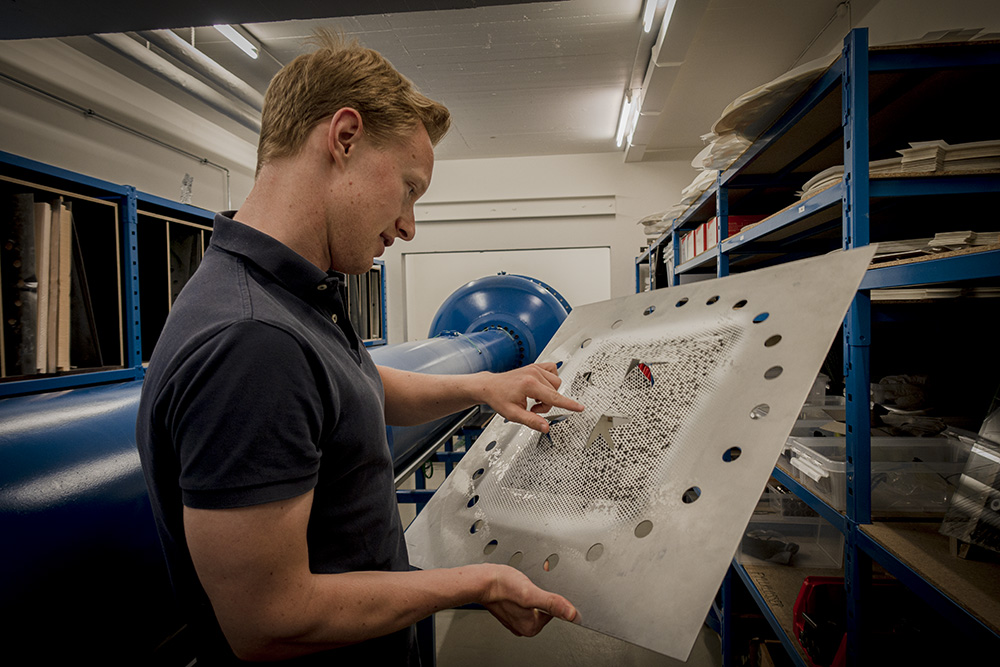 26 November will be the grand finale of 4 years of work: Then he defends his doctoral thesis «Multiscale modelling and simulation of ductile fracture in aluminium structures». Howsoever, he has already secured a place in the SIMLab Shock Tube Facility’s Shelves of Fame. Here, on both sides of the 20-meter long blue painted steel pipe used for blast experiments, the remains of tortured materials are on display. Broken glass plates and fragments, concrete slabs with holes and cracks, cracked steel and deformed aluminium plates are stacked along the walls.  Everything comes from experiments performed in SIMLab and SFI CASA.
Granum picks one of the aluminium plates out of the shelf. It has his signature on the backside. The maltreated specimen is one of the heat-treated plates starring in a study where he investigated the structural response of blast-loaded plates with different pre-cut slits.
Before subjecting the blast load, the slits were inflicted into the plate to mimic the effect of perforation by fragments. This kind of impact is assumed to be the most detrimental among the different blast events.

The multiscale framework has vast potential in the future, and being part of this project feels like a contribution that might lead to a substantial difference.

FROM NANO-LEVEL TO TAILOR-MADE

The multiscale modelling framework consists of five modules (Figure below). It covers the nano-, micro- and mesoscale. The chemical composition and the thermo-mechanical history is input to the first module. Then, the material’s behaviour is predicted by computational modules, and we end up with computational plasticity and fracture models for large-scale simulations of structural failure.

SIMLab and CASA-researchers with unique expertise are associated with specific modules. The NaMo model is developed by Ole Runar Myhr, now a senior scientist in Hydro and Professor II at Department of structural engineering at NTNU. The model calculates how alloying elements such as magnesium and silicon, are combined into tiny particles during heat treatment. It is the size and density of these particles that decide how the aluminium alloys behave during – for instance- a car crash. The NaMo-model can predict the density and size of these tiny particles. Hydro has called the model -potentially- «the worlds smallest lifesaver».
In 2019, SFI CASA’s Bjørn Håkon Frodal defended his PhD thesis that was a significant contribution to the Crystal plasticity model. Further; CASA-researcher Lars Edvard Dæhli is an expert on Unit Cell Modelling, while localisation analyses are the favourite topic of Associate Professor 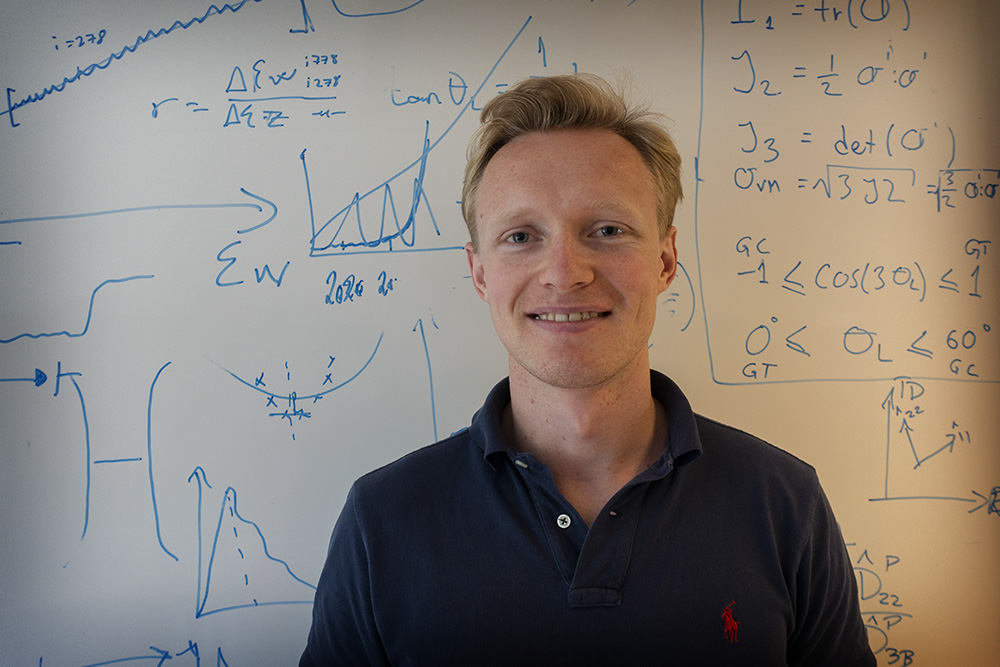 «I lean on the works of the others – which is again built on innumerable equitations. I have tried to obtain an overview of the most essential part of the modules and gain enough knowledge to understand how they affect the continuum modelling part. I then join the contributions together and investigate the models’ ability to reproduce exactly when fracture initiate and propagate».
In three of the five parts of his PhD work, Granum has employed either the NaMo model or the Localisation analyses. The results from the modules have been validated against a variety of experiments. Among them the aluminium plates on display in the shock-tube.
«The focus has been on evaluating the ability of the two modules, which both give impressively good results», according to the PhD candidate.
«Besides», he adds, «since the modules are developed by the researchers in the project, they are continuously developed when experiments and simulations reveal a weakness or inability in one of them».

A FRAMEWORK WITH A VAST POTENTIAL 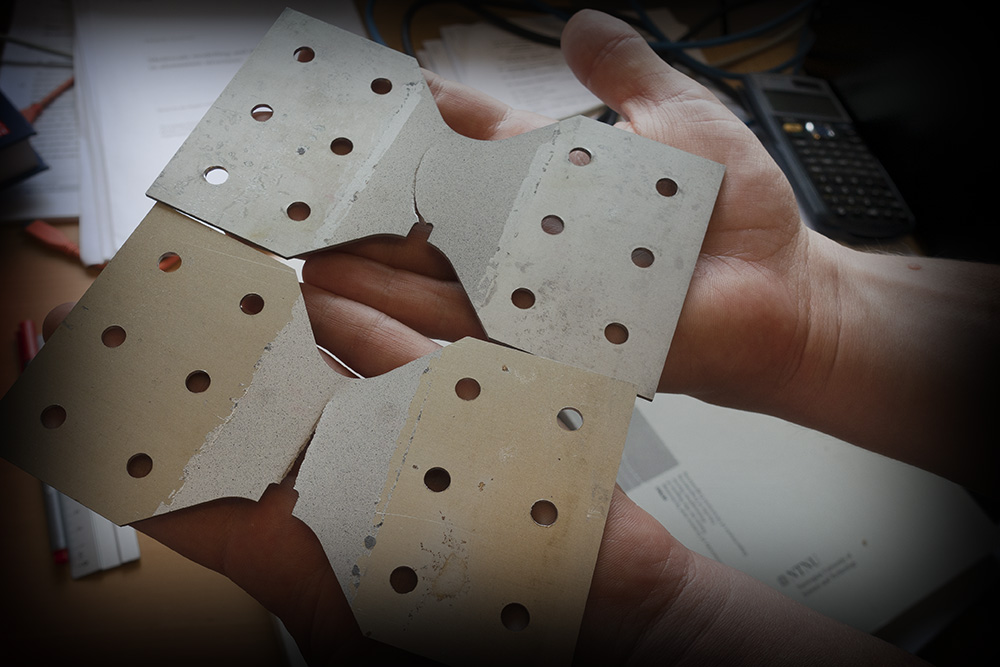 r he feels that he has contributed to a substantial difference in this field of research, Henrik Granum replies:
«I certainly have the impression that I have committed to pushing the research on this topic forward. However, with the abundance of research conducted, there is no doubt that I am a small piece in the bigger picture. The multiscale framework has vast potential in the future, and being part of this project feels like a contribution that might lead to a substantial difference».