SFI CASA´s Ruben Løland Sælen started on his PhD studies on 3D printed polymers in August 2019. The yearly revenues in the global market for such materials are expected to grow from $10 billion to $20 billion by the time he defends his thesis.

At least, that was the forecast earlier this winter, before the Coronavirus was acknowledged as the most significant emerging markets crisis ever. SmarTech Analysis, the leading provider of industry analysis and market forecasting data, released its fourth annual market study on the polymer additive manufacturing (AM) segment. They expected polymer AM printing to almost double from almost USD 10 billion in 2019 to $20 billion in 2023 and as much as $55 billion yearly by the end of this decade.  The numbers include hardware, material and applications subsegment, counting anything from dental and medical parts to parts for aerospace and automotive industry.

NEW KNOWLEDGE ON STRENGTH AND BEHAVIOUR

Whatever happens, Ruben Løland Sælen will spend the next 3 years at SFI CASA. He aims to acquire new knowledge of the strength and behaviour of 3D printed polymers.

«Additive manufacturing, commonly known as 3D printing, is a method where parts are produced by printing them layer by layer», he explains.
Polymers, or plastics, are by far the most used materials in AM. They are cheap, light and relatively easy to work with compared to metals. Nowadays, additively manufactured polymers are mainly used for printing prototypes of products. Still, they have also been used in the manufacturing of final products and parts.

According to Løland Sælen, it is essential to have knowledge about the strength and behaviour of these polymers when they are used in components that should withstand loads. «In my PhD, I will study the mechanical behaviour of additively manufactured polymers by performing material tests in the lab. After testing, I will study the data and try to describe the observed behaviour with mathematical material models. With accurate material models, the materials may be used in computer simulations of component tests. By simulating tests that are normally performed in the lab, both time and money is saved».

TEST SPECIMENS FROM NETHERLANDS AND BELGIUM

The now 24 years old PhD candidate grew up in Kvinnherad municipality in Vestland county. It is a part of the traditional district of Sunnhordland, located along with one of the most beautiful fjords of Norway, the Hardangerfjord. At NTNU he studied civil and environmental engineering. He specialised in computational mechanics and wrote his master’s thesis at CASA.
He is now 8 months into the PhD studies. The working title of his thesis is “Mechanical behaviour and material modelling of additively manufactured polymers”. As everyone else at SFI CASA, he has been working from home since the 12 March. This semester he has been busy with teaching duty and mandatory PhD courses.
«I have been able to perform a few experiments in the lab related to my research, but I haven’t had the time to study the results in depth. The tests specimens are ordered from 3D printing companies in the Netherlands and Belgium», he says.

WANTED TO WORK WITH ADVANCED SIMULATIONS

«What makes additively manufactured polymers so interesting that you are willing to spend 4 years studying their strength and behaviour?»

«During my five years of master’s degree, I got interested in material modelling and computer simulations. I think it’s cool how relatively simple mathematical models and the computing power of today can simulate all manner of materials and structures in different scenarios. I worked as a summer intern at the SIMLab research group in the summer of 2018. After writing my master’s thesis at CASA, I knew that a PhD position here was the best choice if I wanted to work with advanced simulations for a period.

3D PRINTING FOR A BETTER WORLD?

«What are your reflections on the use of your research? If so, in which way is it consistent with NTNU´ slogan Knowledge for a Better World?»
«Accurate understanding of the mechanical behaviour of materials may lead to the more efficient design of components and structures, thereby reducing the amount of material used. For plastics, this is especially important as plastic pollution is a big issue nowadays». 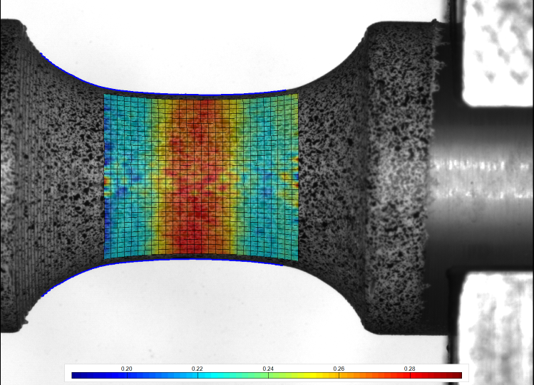 Ruben Løland Sælen says that his research could be of interest to companies that are considering the use of additive manufacturing in their supply chain. For instance, AM could be used to quickly produce spare parts rather than keeping storage of parts. Or, it could be used in the manufacturing of components with complex geometry that are challenging to produce through traditional methods. He says that accurate material models may aid in the decision making related to the use of additive manufacturing.

According to the above mentioned SmarTech Analysis, the two most relevant segments for the long-term future of polymer 3D printing are the Aerospace and Automotive categories. While today these are mostly limited to prototyping and tooling applications, SmarTech does expect that significant production will take place within these segments by 2030.
Even though most industries have suffered economically during the corona crisis, the PhD candidate does not think the future of additive manufacturing is in danger.
«The advantages of 3D printing plastics are too many for it to die out now. Just recently, protective equipment for medical staff treating infected patients here in Norway was 3D printed on short notice. The short lead time would not be possible with traditional manufacturing methods», he says.

When asked whether there is anything especially fascinating or intriguing in the way 3D printed polymers behave under strain, Ruben Løland Sælen says:
«From what I’ve seen so far, the materials follow the same behaviour as seen in traditionally produced plastics except that they are more brittle».
He is especially interested in seeing how AM can produce test specimens not achievable through traditional methods.
«One scientifically interesting study would be to print a test specimen with a hollow pore inside.

By performing a CT scan of the specimen while at the same time pulling it in tension, we could obtain a 3D image of how the void grows through time.
This is of interest as void growth is a common precursor to failure in plastics».
(Figure right: Numerical model of a deformed tensile specimen)

Ruben Løland Sælen states that so far, his time at CASA have been great.
«I enjoy being a part of the research environment at the Centre and have learned a lot, the last 8 months. I also enjoy the social environment at work. We have “salary get-together” events each month, and it’s nice to be able to take a long coffee break with the office mates when it’s needed.
Nobody knows for sure when Ruben and the rest of the CASA-people can take their next coffee break together. The Central Emergency Management Team at NTNU has made som strict decisions. All events, exams, conferences and other gatherings that require physical attendance from Easter until the end of the spring semester 2020.