About Blasting Steel Plates and Why Material Properties Matter

PhD candidate Benjamin S. Elveli works with steel and a long-standing dilemma in materials science, namely the trade-off between strength and ductility. 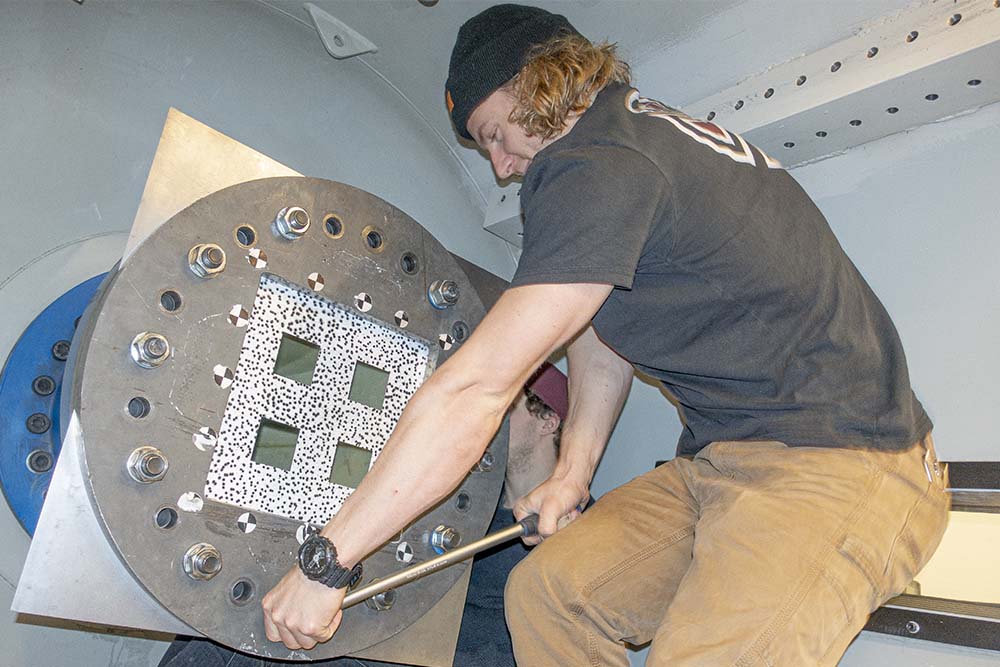 Read the full article on the study here

The new study concludes that the steel plates with the lowest strength and the highest ductility (Docol 600DL) showed an increased capacity against fracture compared to the steel plates made of the stronger and less ductile material (Docol 1400M). Also, 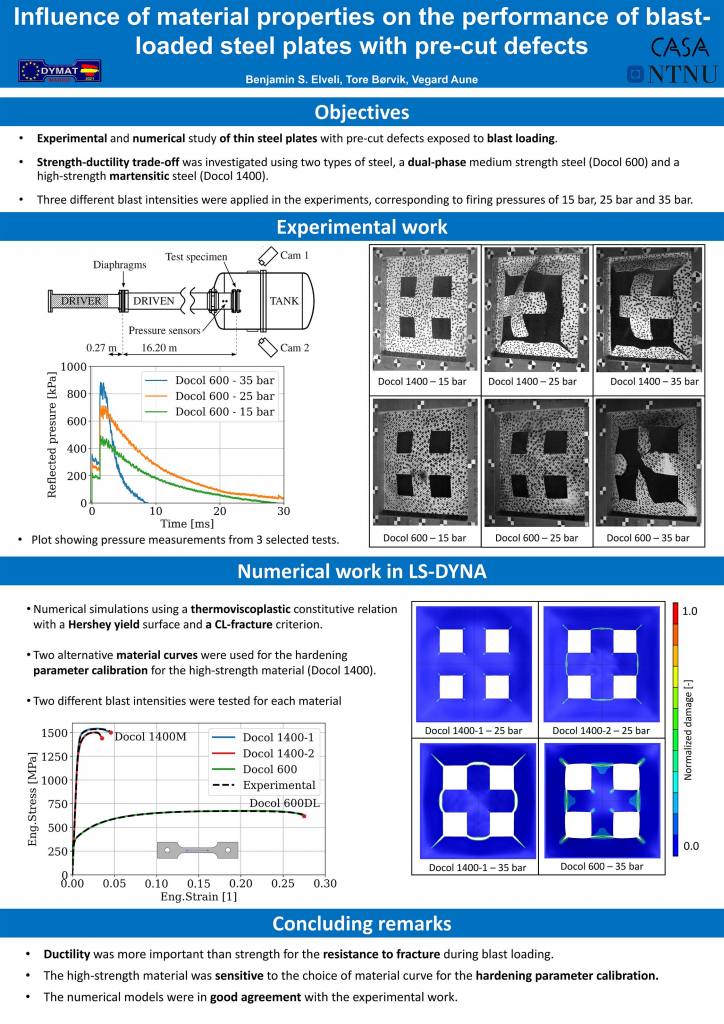 when exposed to the same blast intensity, the different steels showed a distinct difference in how they fractured.
The target plates have pre-cut defects, represented by four square holes, symmetrically distributed around the centre of the target plates. These slits mimic geometrical flaws or weaknesses that can occur in civilian structures. The reason could be design considerations – or sudden impact from a blast.

A RISING INTEREST IN THIN-WALLED STRUCTURES

In an explosion, fragments can eject at enormous speed before the actual pressure wave from the explosion hits. Thus, local areas of high-stress concentrations occur and lead to more complex behaviour under blast loading. Research on blast-resistant design has historically primarily been focusing on military installations with thick-walled massive constructions. Civilian structures are often more lightweight and flexible, and there is rising interest in studies on thin-walled structures.

In his experiments, PhD candidate Elveli exposed the plates to blast-like loading conditions in the SIMLab shock tube facility. The tests showed that both the blast resistance and the corresponding fracture mode changed with material properties.
Benjamin Elveli will hand in his doctoral thesis in 2022. His co-authors on the recent study are Professor Tore Børvik and Associate Professor Vegard Aune at SIMLab and SFI CASA.
The study was presented in the poster session at the  13th International Conference on Mechanical and Physical behaviour of Materials under Dynamic Loading (DYMAT) in Madrid, Spain.