A Master´s in Cracked Windshields

Master´s student Einer Herrem´s great interest in cars has led him to destroy 21 windshields.  The aim is to model how the safety glass behave under impact.

The laminated glass used in windshields of cars makes up essential safety components, both for pedestrians and passengers. Fortunately, few of us have heard or seen what happens when they break. But MSc student Einer Herrem has. In recent weeks, he has pressed glass panes to their breaking point and heard the characteristic crackling sound of glass giving in 21 times.

INPUT TO THE GLASS MODELS 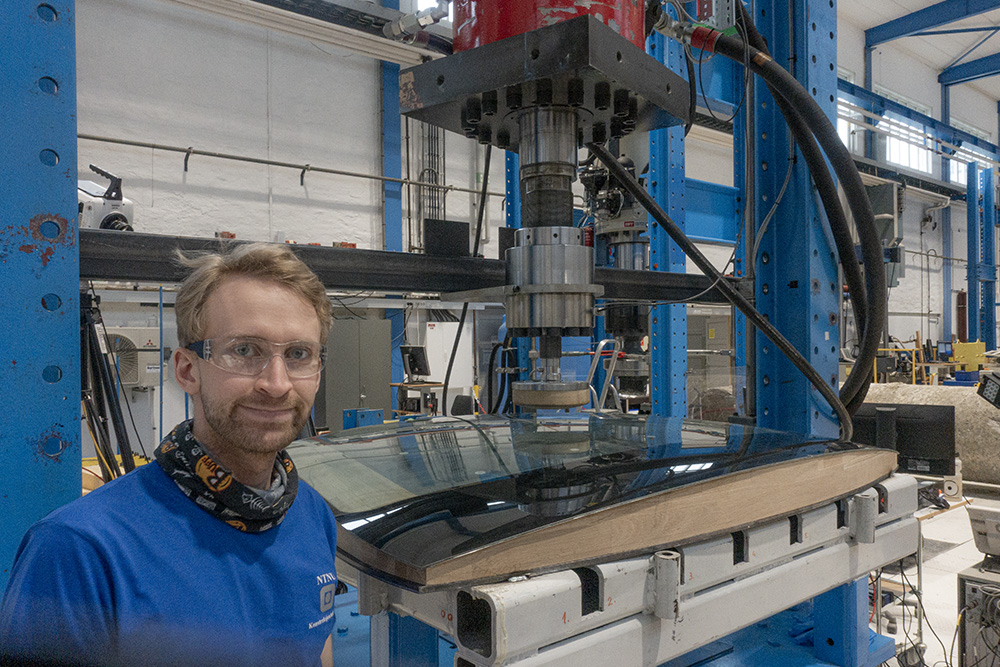 These are quasi-static tests performed in one of the big rigs in the Department of Structural Engineering laboratory. The topic of Herrem´s thesis is «Modeling of laminated glass», and it is part of the ongoing collaboration with SFI CASA´s partner BMW.
«I chose this topic because I have a huge interest in cars. I wanted to grab the opportunity to get an insight into how these components work. Also, I really wanted to do an experimentally based thesis».
When he hands in the thesis in June, the student´s work adds input to SFI CASA´s glass models.

Typically, a windshield consists of two glass panels laminated with a polymer. 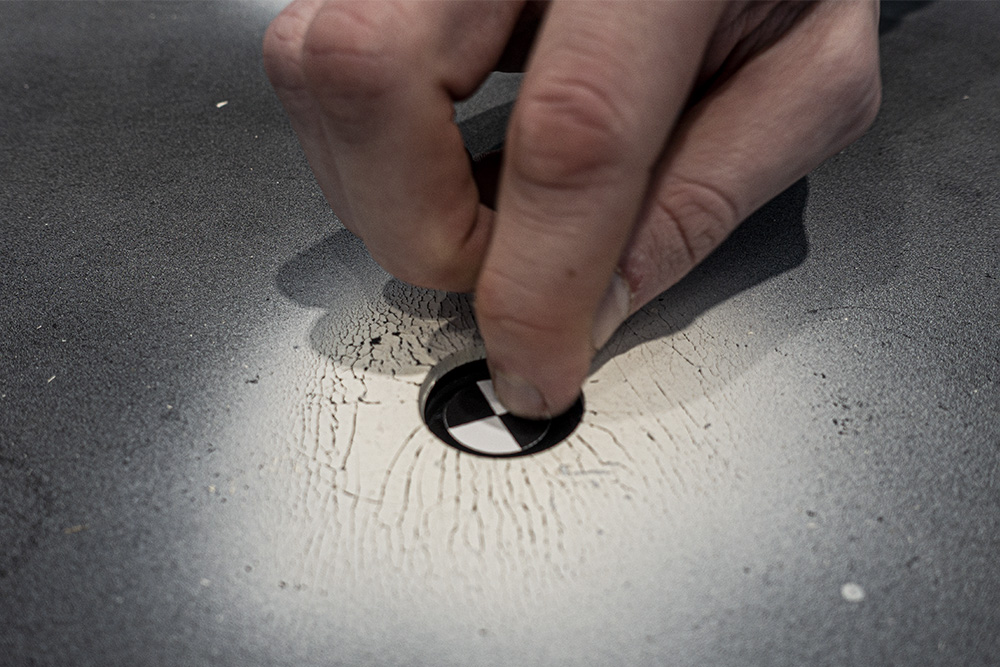 Polyvinyl Butyral (PVB) is the most used interlayer in such safety glass. Laminated glass reduces the risk of dangerous glass fragments. In the case of a collision, the pieces will be stuck in the PVB foil after breaking. Besides, as PVB can withstand large deformations, the polymer increases the structural integrity of the glass.So, what is the point of pressing a mandrel against the glass panes until they break? To optimize the windshield against various types of loads, it is crucial to understand the behaviour of the glass, the polymer, and the component as a whole.

AIMS TO IMPROVE THE SIMULATIONS

Due to existing microcracks in the glass surface, there will be a large spread in the pane´s performance. This must be considered in connection with numerical calculations.  Herrem enrolled as a student in Mechanical engineering in 2017. He explains the 3 steps of his final MSc work at NTNU:
«First, I will do a short literary study on previous research. Next, we do these quasi-static tests on the windshields. Finally, I aim to use the data to improve an LS-DYNA FEM simulation». 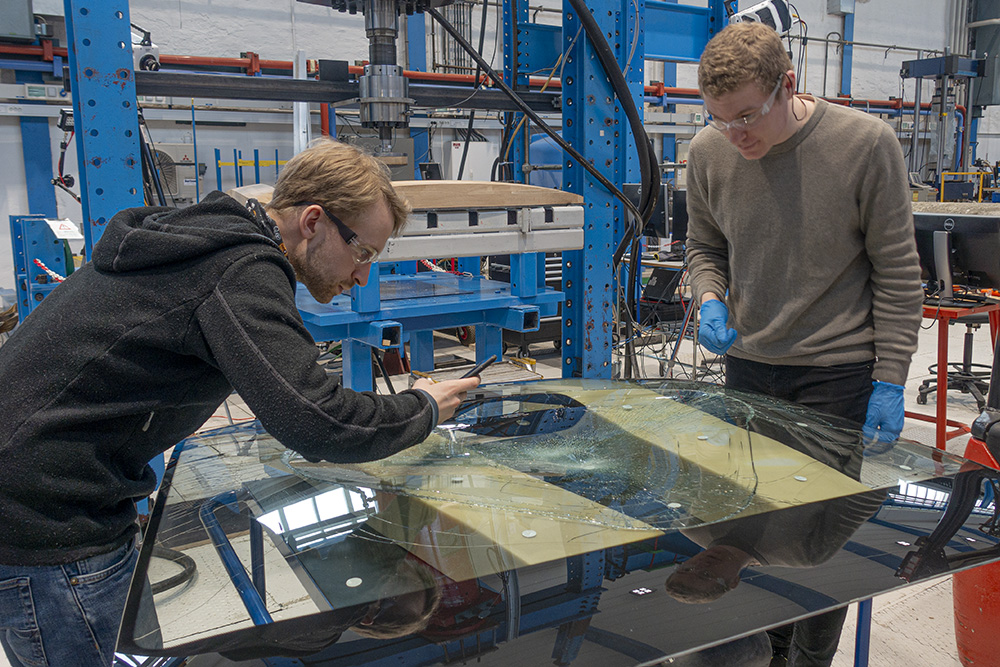 The test set-up is designed by Jonas Rudshaug (to the left), a PhD candidate at SFI CASA and Herrem´s supervisor.
«The tests have been very successful. They replicate what we see in the literature in some areas. We have also seen unexpected results. For example, we have captured the crack propagation with high-speed cameras», says Herrem.
The student finds it rewarding to do a project that might be useful for other researchers and the industry.
«I think most people who wish to learn about glass and the laminated windshields will read the work by Dr Karoline Osnes or Jonas Rudshaug. For me, it is very cool to have the chance to contribute and to do these experiments. Also, my main supervisor Professor Tore Børvik have it clear that documenting the experiments is very important. So, for me, this is the priority now. If someone in BMW finds it useful as well, that is a bonus», he says.

«I chose this topic because I have a huge interest in cars. I wanted to grab the opportunity to get an insight into how these components work».

After finishing the tests, he will study the data and aim to improve some of the FEM simulations.
«If we have good results from simulating the experiments, we might also run dynamic simulations. It will also be a lot of writing», Einer Herrem says.
After the summer, he starts working as a consultant engineer for Aibel. This is a leading service company in the oil, gas, and offshore wind industries.